Join us for a conversation with Catherine Chung, the author of Tenth Muse, one of the books for Silicon Valley Reads 2020.

Information about the author: 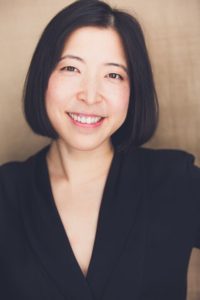 Catherine Chung is the author of The Tenth Muse and Forgotten Country, for which she won an Honorable Mention for the PEN/Hemingway Award. She has been a National Endowment for the Arts Fellow, a Granta New Voice, a Director’s Visitor at the Institute for Advanced Study in Princeton, and the recipient of a Dorothy Sargent Rosenberg Prize in poetry. She has a degree in mathematics from the University of Chicago and worked at a think tank in Santa Monica before receiving her MFA from Cornell University. She has published work in The New York Times and Granta, among others.

In recognition of the 100th anniversary of women’s suffrage in the U.S., Silicon Valley Reads 2020 will celebrate the achievements of women – from the tenacious individuals who worked so hard to get women the right to vote in the early 1900s to the women and girls in the 21st century who are breaking gender barriers to excel in all areas of life