Tech jobs are growing three times faster than our colleges are producing computer science graduates. By 2020, there will be one million unfilled software engineering jobs in the USA. Through compelling interviews, artistic animation and clever flashpoints, "Code" examines the reasons why more girls and people of color are not seeking opportunities in computer science and explores how cultural mindsets, stereotypes, educational hurdles and sexism all play roles in this national criticism 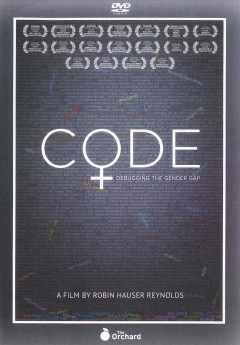 In recognition of the 100th anniversary of women’s suffrage in the U.S., Silicon Valley Reads 2020 will celebrate the achievements of women – from the tenacious individuals who worked so hard to get women the right to vote in the early 1900s to the women and girls in the 21st century who are breaking gender barriers to excel in all areas of life