The County of Santa Clara's Shelter-at-Home order remains in effect as some businesses and new activities are allowed to reopen with social distancing protocols and safety requirements in place. Santa Clara County remains on the State's County Monitoring List for COVID-19. For details, visit SantaClaraCA.gov/CoronavirusUpdates.

ONLINE - A talk with award-winning filmmaker Bao Nguyen, the director of Be Water.

The Santa City Public Library is excited to present this talk with award-winning filmmaker Bao Nguyen. Splitting his time between Los Angeles, New York, and Asia, Bao has added his voice to this celebrated art form: cinematic storytelling, beautifully framed with integrity and soul. We will talk to him about his life, his new ESPN 30 for 30 documentary on the life of Bruce Lee, and his views on the film industry, and more!

Bao Nguyen is an award-winning filmmaker whose past work has been seen in the New York Times, HBO, Vice, MTV, NBC, Vogue, PBS, ARTE, among many others. He has directed, produced, and shot a number of short films, which have played internationally in numerous festivals and museums including MoMA and the Smithsonian. His graduate thesis film, “Julian”, won a CINE Golden Eagle Award, the Best Student Documentary Short at the Palm Springs ShortsFest, Special Jury Prize at DOCNYC, and was nominated for an IDA Award.

He was the producer and cinematographer of “Nuoc 2030”, a feature narrative set in near future Vietnam which opened the Panorama section of the 2014 Berlin International Film Festival and was a recipient of the Tribeca Film Institute Sloan Filmmaker Award. His feature doc directorial debut, “Live From New York” opened the 2015 Tribeca Film Festival and was broadcast nationally in primetime on NBC, preceding the 41st season premiere of Saturday Night Live.

His most recent film, "Be Water", world premiered in competition at the 2020 Sundance Film Festival and will be broadcasting on ESPN's 30 for 30 series in late 2020. He is a 2011 PBS/WGBH Producers Workshop Fellow, an alumnus of the 2012 and 2014 Berlinale Talent Campus, and a Firelight Media Fellow. He earned his BA at NYU and his MFA at the School of Visual Arts in New York City. He currently splits his time between Asia and the United States, developing several documentary and fiction feature projects.

Please - use the Eventbrite link below to register for this talk. 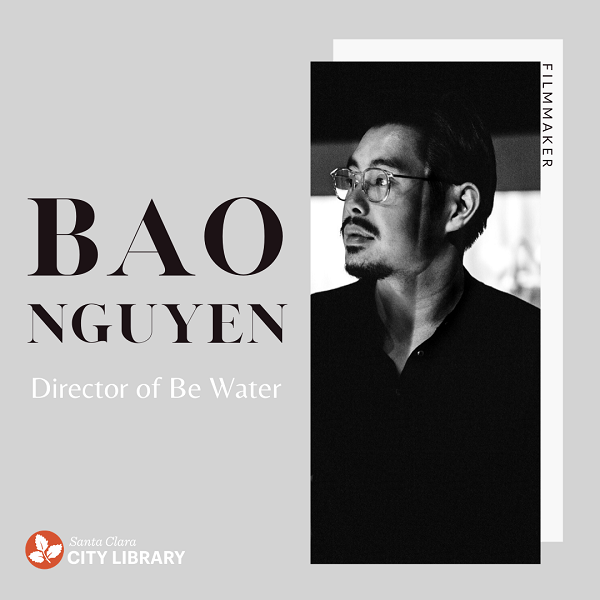