The County of Santa Clara's Shelter-at-Home order remains in effect as some businesses are allowed to reopen with social distancing protocols in place. For local updates on the coronavirus (COVID-19) outbreak, visit SantaClaraCA.gov/CoronavirusUpdates.

Emotions Ran High During Every 15 Minutes

On May 2, a fatal car collision involving four students was staged on the football field. The communication from Public Safety Dispatchers and the emergency response by police, fire and paramedics was fast paced and realistic. Students witnessed first-hand an injured student who received medical treatment on scene, a “critically injured” student was transported to Valley Medical Center hospital, another student proceeded through standardized field sobriety tests resulting in being arrested for driving under the influence, and the final student “succumbed” to their injuries and left the scene in a body bag. Parents were notified at their place of employment or at home that their child had been “killed” as a result of a DUI collision.

At the beginning of the school day 20 pre-selected students were one-by-one announced as having been “killed by a drunk driver” inside their classrooms. An obituary was then read to their classmates and a rose placed on the “deceased” student’s desk. All 20 students are sequestered from family and friends overnight. During that time, the students participated in a driving exercise simulating being drunk, listened to special guest speakers who have personally experienced the tragedy of losing a loved one to a drunk driver, and wrote a letter to loved ones about what they would like to have done with their lives if it had not been tragically cut short by a drunk driver.

On May 3, the students reconvened in the gymnasium for a "mock" funeral for the students who “died.” Speakers included the student’s parents, a chaplain, Police Chief Michael Sellers and Principal Gregory Shelby.

The entire program was documented via video to be aired for residents of the City of Santa Clara on the local cable channel at a later date. A video highlighting the program at Wilcox High School is available at https://drive.google.com/file/d/1KPt_MHW8fTlWmunsAz6ZV9wcOPkPNvJY/view The video is not intended for young children; viewer discretion is advised.

Every 15 Minutes is supported by the Santa Clara Fire Department, Valley Medical Center, Lima Tow, The Lima Family Mortuary, The Plaza Suites Hotel and Santa Clara High School PTSA. Other local merchants and fraternal organizations have also donated their time, personnel, facilities and supplies to help bring this program to high school students in our community. 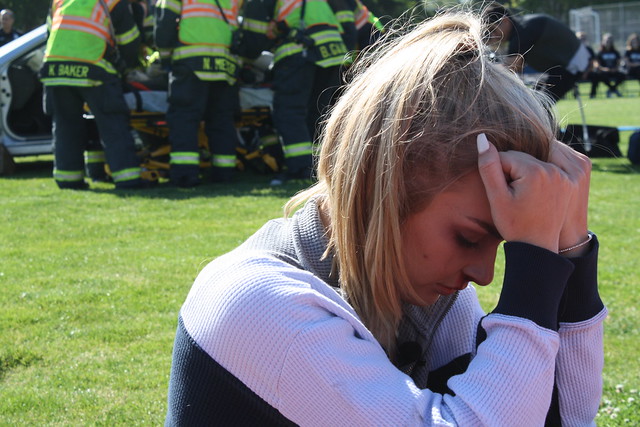