Awards Received By the City of Santa Clara 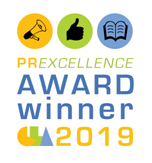 The Santa Clara City Library drove away with statewide honors in late October when the California Library Association bestowed its PR Excellence Award for the Library’s promotion of its revitalized bookmobile program. The Association especially appreciated the bookmobile’s eye-catching design and the popular Bookmobile Karaoke.

The bookmobile was recognized for:

In the $10 million-plus budget wildcard category, Santa Clara City Library bested much larger library systems with 20, 50 or even 70 libraries with full marketing departments. “Brilliant!” the judges gushed. “Love all the ways and ideas to make this revitalized bookmobile something new, clever, fresh and fun.“

Silicon Valley Power, the city-owned electric utility, was also honored in late October with a Smart Energy Provider designation from the American Public Power Association. This designation is awarded to public power utilities that demonstrate expertise in and a commitment to energy efficiency, distributed generation and environmental initiatives.

On Sept. 10, the Department of Public Works staff received a commendation from the County of Santa Clara in recognition of their efforts in attaining Green Business Certification at the corporation yard. The Green Business Program is part of a statewide Green Business network that recognizes organizations that have incorporated environmentally sound practices into their business operations.

In June, the City of Santa Clara was awarded the Certificate of Achievement for Excellence in Financial Reporting by the Government Finance Officers Association of the United States and Canada for its comprehensive annual financial report. The Certificate of Achievement is the highest form of recognition in the area of governmental accounting and financial reporting, and represents a significant accomplishment by the City of Santa Clara.

On May 22, John Roukema, who retired as the Chief Electric Utility Officer after 38 years with Silicon Valley Power, was honored with a Life Member Award from the Northwest Public Power Association. This recognition is awarded to retiring policymakers and managers who have made notable contributions to public power, their utilities and their communities.

On May 16, the Santa Clara University Men’s Baseball Team recognized the Santa Clara Police Department in honor of National Police Week. National Police Week recognizes the sacrifice made by officers who have been killed in the line of duty nationwide. Officer Brian Lee was given the honor of throwing out the first pitch at Stephen Schott Stadium.

In May, through the Santa Clara County Green Business Program, the City’s Department of Public Works was recognized as a Green Business at the Corporation Yard office for incorporating environmentally sound practices into its business operations. To be certified, participants must comply with environmental regulations and meet program standards for conserving resources, preventing pollution and minimizing waste.

Again in May, the City of Santa Clara's Agrihood project was selected to receive an American Planning Association Northern California Chapter award for “Innovation in Green Community Planning”. The award honors efforts to create greener communities that reduce the impact of development on the natural environment and improve environmental quality. The Agrihood project is a partnership among the City of Santa Clara, the Santa Clara County Office of Supportive Housing, and The Core Companies to construct 165 affordable senior apartments, 160 mixed-income apartments, 36 townhomes, 10,000 square feet of commercial space and approximately 1.5 acres of open space at 90 North Winchester. The open space areas are being programmed to support placemaking activity as well as community agriculture. The project will provide much needed affordable housing for the community.

On April 25, the San Jose Pioneer Lions Club recognized Officer Scott Savage of the Santa Clara Police Department at their 17th Annual Community Safety Award Ceremony. Officer Savage was recognized for his outstanding and productive police work, and his ability to help train members of the department on how to respond to tactical situations.

On April 8, the Santa Clara County Mental Health Board recognized police officers throughout the county at the 8th Annual Community Heroes Award Ceremony with the CIT Officers of the Year Award. Santa Clara Police Officer Adam Wilson was one of those honored with this award.

Also in April, the Northwest Public Power Association recognized Silicon Valley Power at its annual conference. 2019 is the second year the utility has received this award for outstanding achievement in workplace safety. Silicon Valley Power was awarded second place in its respective group against peer groups of comparable size based on work hours. This is an improvement from the utility’s third place award in 2018.

On March 14, Officer Zachary Wicht of the Santa Clara Police Department received an award from the San Francisco Bay Area Chapter of the American Society for Industrial Security (ASIS) for his outstanding productivity as a police officer. Officer Wicht led the department in the number of arrests in 2018 and was able to remove illegal narcotics and handguns from the streets.

Free viewers are required for some of the attached documents.
They can be downloaded by clicking on the icons below.