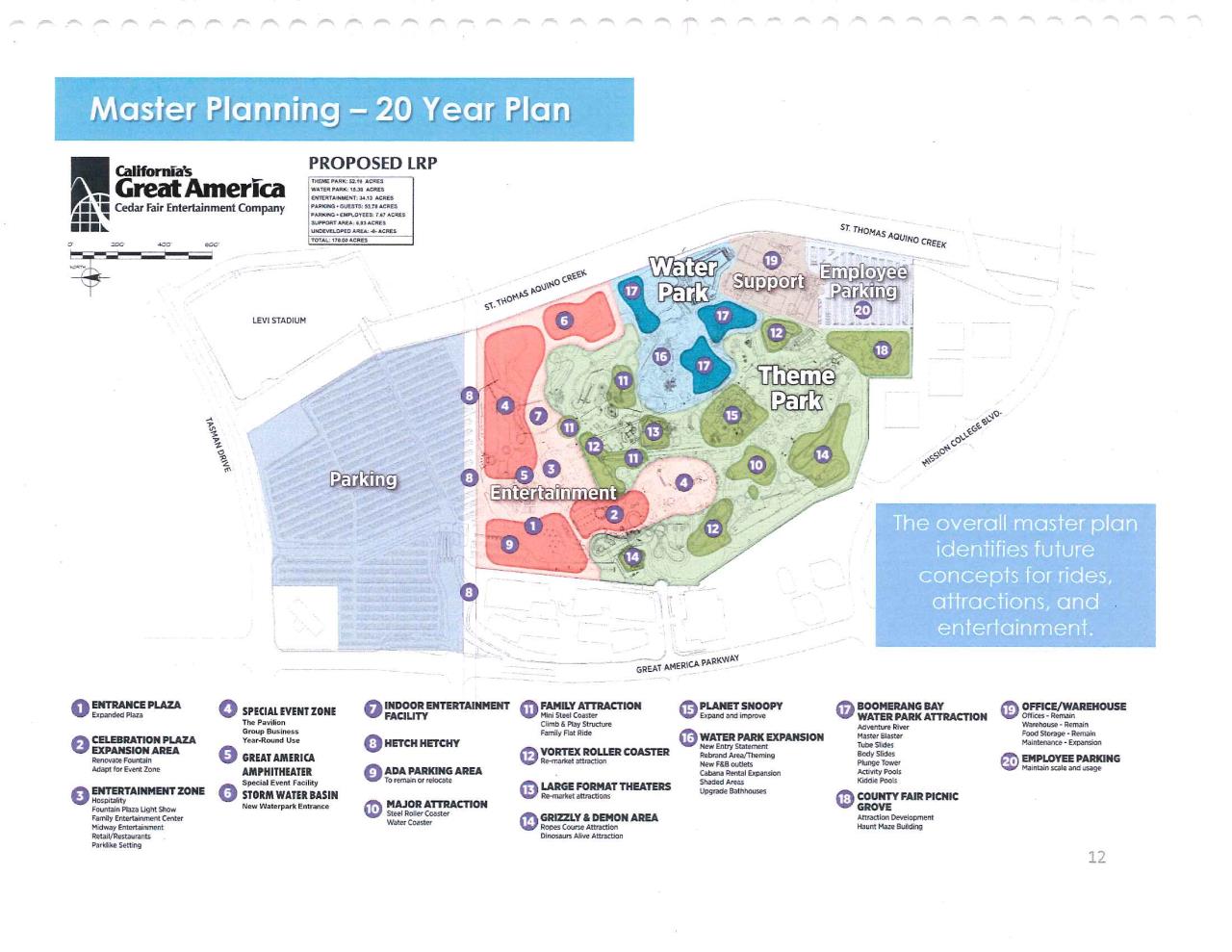 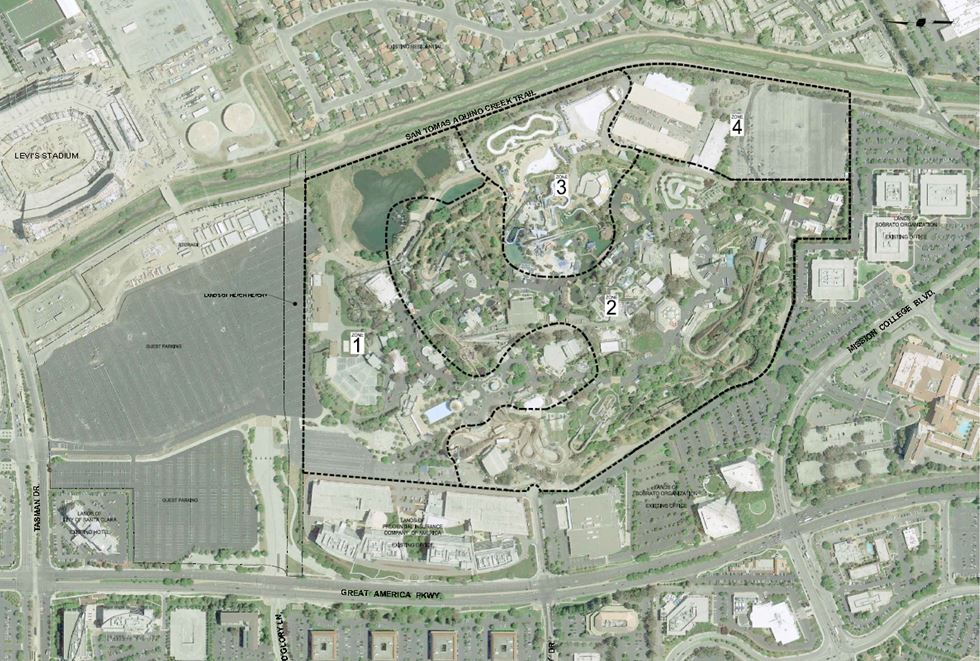 On January 24, 2017 the Santa Clara City Council approved the Great America Theme Park 20 year Master Plan, which included rezoning the 112 acre theme park from Thoroughfare Commercial (CT) to Planned Development (PD) and establishing specific development and use standards. The Master PD Zoning addresses the installation of new rides, replacement of rides and attractions, expansion to a year-round operation, expansion of current hours of operation and the construction of a year-round commercial/entertainment district that would be open to the public outside of the theme park gates.