The County of Santa Clara's Shelter-at-Home order remains in effect as some businesses and new activities are allowed to reopen with social distancing protocols and safety requirements in place. For local updates on the coronavirus (COVID-19) outbreak, visit SantaClaraCA.gov/CoronavirusUpdates. 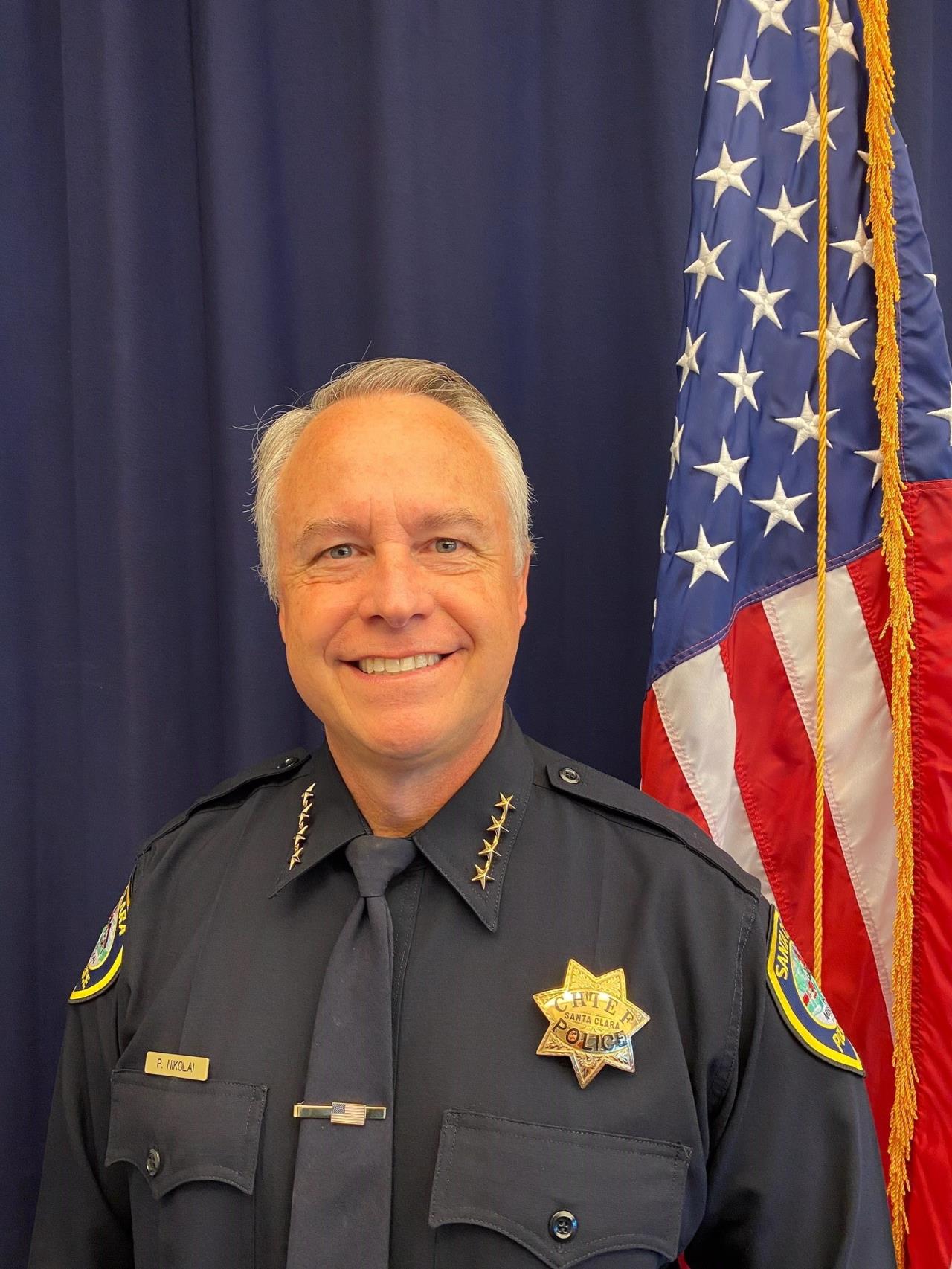 Patrick “Pat” Nikolai was hired by the City of Santa Clara in August 1991, and attended the police academy at Evergreen College. In January 1992 he graduated from the academy, receiving Top Academic and Top Gun awards.

As a police officer, Pat worked in patrol responding to calls for service. Early in his career, he was selected to be a Field Training Officer and Crime Scene Investigator. Pat transitioned from patrol to the investigations division where he investigated crimes against children.

In 2001, Pat was promoted to sergeant. Through the years as sergeant, he worked as a patrol team supervisor, Community Services Unit supervisor, temporary holding facility supervisor, traffic unit supervisor and in the investigations division with a focus on property and financial crimes.

Pat was promoted to lieutenant in 2018. Since this time, Pat has worked in the patrol division.

For 18 years, Pat served as the Police Officer’s Association President. He has a Bachelor’s degree in Criminal Justice.

On a personal note, Pat lives in  Old Quad, is married with two college-age kids who attended Santa Clara Unified School District schools and is an active member of the Santa Clara Sister Cities Association.

Since the election, Pat has worked to:

Chief Nikolai is committed to ensuring a safe city for residents, businesses and visitors based on sound principals, practices and partnerships. In the coming months, Chief Nikolai intends to: