The Santa Clara Police Department participates in the Uniform Crime Reporting (UCR) program, which is a statewide law enforcement program designed to provide a nationwide view of criminal activity. The Uniform Crime Reporting (UCR) program to classify crime into two groups: Part I and Part II offenses, and each participating agency is required to report Part I crime statistics on a monthly basis to the California Department of Justice (DOJ), which is then forwarded to the Federal Bureau of Investigations (FBI). 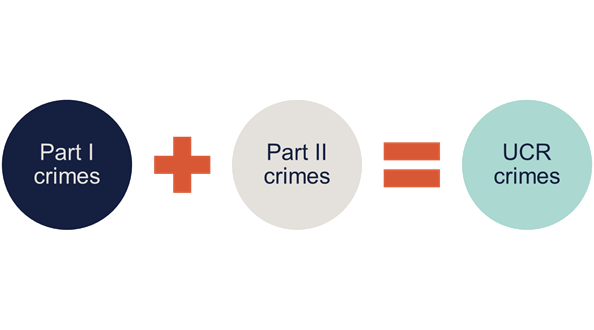 Part I offenses are selected for submission to the DOJ because they are considered to be the crimes most likely reported, and considered as crimes that occur at a sufficient frequency for comparative purposes. These offenses are broken down further into two classifications: violent crimes and property crimes. 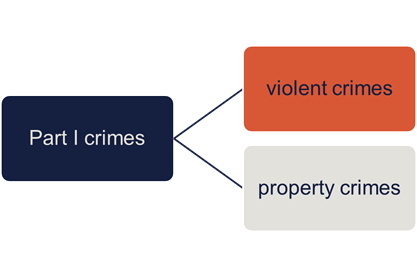 The FBI combines criminal data from each participating agency and publishes their findings in an annual Uniform Crime Report. Further information regarding participating agencies and/or crime statistics for a given jurisdiction, can be found at https://www.bjs.gov/ucrdata/.

The following tables provide a measure of Part I crimes in the City of Santa Clara for the current year.

Law enforcement agencies can clear, or “close,” offenses in one of two ways: by arrest or by exceptional means. To close a case by arrest, there are three conditions that at least one person has been:

In certain situations, elements beyond law enforcement’s control prevent the agency from arresting and formally charging the offender. When this occurs, the agency can clear the offense exceptionally. Law enforcement agencies must meet the following four conditions in order to clear an offense by exceptional means. The agency must have:

Examples of exceptional clearances include, but are not limited to, the death of the offender (e.g., suicide or justifiably killed by police or citizen); the victim’s refusal to cooperate with the prosecution after the offender has been identified; or the denial of extradition because the offender committed a crime in another jurisdiction and is being prosecuted for that offense. In the UCR Program, the recovery of property alone does not clear an offense.

In its clearance calculations, the UCR Program counts the number of offenses that are cleared, not the number of persons arrested. The arrest of one person may clear several crimes, and the arrest of many persons may clear only one offense. In addition, some clearances that an agency records in a particular calendar year, such as 2019, may pertain to offenses that occurred in previous years.

The following clearance statistics have been submitted to the Department of Justice:

For comparison purposes, below is a summary of Part 1 Crimes over the past several years.

* Rape totals increased in 2014 and subsequent years due to a change in classification of crimes per the Department of Justice and Federal Bureau of Investigation.